I saved a life. I am in no way referencing mental health, here. I gave my boyfriend the Heimlich maneuver and SAVED HIS LIFE. And you know what struck me? No one clapped. No one (other than our table of friends) said or did anything. The waitress even walked away while it was all happening. Crickets.

No, I don’t need applause for my incredibly heroic moment—that’s mostly a joke because the movies have been lying to all of us for years, but the more I thought about that moment, the more it stuck me how 20+ people and I all lived through the same moment, yet we all had vastly different experiences.

For me, it was one of the most intense moments of my life. I’ll never forget what I heard and saw. My boyfriend had taken a bite of steak right before the waitress asked if we needed anything. He was asking for some water when the steak went down the wrong pipe. You could see the concentration on his face, the entire table had clued in to what was happening with him. My friend asked, “Are you okay?” and he continued to have the same focused look on his face, like he was trying to handle it and thought he might be able to. But then his face changed. In a split second, he went from concentrated focus to absolute fear. He couldn’t speak. He couldn’t breath. He simply shook his head in response to my friend’s question. That was the cue I was waiting for. I immediately jumped up, put my fist in his abdomen, and started the Heimlich maneuver. One—I heard nothing. My fear started to swell. Two-I heard nothing. I was desperate for it to work. Three—and I hear, “He’s okay”.

As it turns out, he was okay after the second thrust, but in all the movies something pops out of the mouth or they cough. Do not believe the movies, people. The relief I felt washed over me and I immediately started coming down off the adrenaline rush. I started shaking and tearing up a little, but also laughing as were all of my friends because we were all so relieved. I was truly terrified in that moment, so the feeling of relief was just as intense. But that experience was mine and mine alone.

The waitress who walked away didn’t understand he was choking. She though he was being really dramatic over needing more water. The table across from us, didn’t even turn to look. One women pointed at me, but it was all over so quickly and our group immediately started laughing off the moment, I honestly wonder if she though we were just joking around. The reality is that we are all living in our own versions of reality and to truly understand the experience of another—we have to practice perspective taking.

Perspective taking is something we work on in counseling often. We need others to understand our perspective, so we practice communicating our reality to another person. We also need to understand the perspective of others and doing so makes room for connection.

We’ve all been there—whether it’s with a significant other, a sibling, or a best friend—when you’ve lived through the same moment, but have vastly different experiences. Everything we say and do is up for interpretation, especially if we leave room for that interpretation by not talking about what’s really going on. We all create narrative. For the waitress, her narrative was about a customer who was over-the-top in the way he asked for his water. For the table of older people, they might be thinking my group of friends was just joking around. But for me, I was terrified. My actions were not intended to interrupt the dining room or to draw attention to myself, though that was a consequence, but without me explaining what happened, I leave them to create their own story. But here’s the caveat—their story is wrong.

The rest of the people in the dining room that night might be going home with their own version of the story, but if it’s anything other than a story of a man choking, then they’re living in a false narrative. Is it their reality? Yes. Is it the truth? No. Personal reality and truth are not synonymous. So what can we take away from this?

Let’s be real, no one in the restaurant really needed to know the truth. I’m fine with our waitressing thinking he’s the weirdest guy in the world. And I’m okay with people thinking we were just joking around. For me, this is not a hill to die on. But there are times when I’m not okay with a false narrative. I’m not okay with people misinterpreting my actions in a way that is not reflective of my character. People make up stories in their head and while I don’t have control over what other people think, I do get to play an active role in how I communicate my intentions, motivations, and how I make efforts to repair.

They hear your tone, they see the tension in your face, they felt that sharp reply. These are the moments when the other person starts writing the narrative.

A husband might think, “When did she stop respecting me?”

And a friend might think, “I’m just trying to be a friend and I’m getting snapped at.”

None of these things are necessarily true. You’re human and you’re allowed to be human, so in your very human moments, check in with your people (or the random kid at the check-out counter). Let them know it was a rough day, that you’re incredibly overwhelmed with all the demands on you right now, and more than anything you probably just want a snack and a nap (but don’t overshare with the kids at the checkout). Just keep in mind, being human is a reason—it’s not an excuse. The point is not to give yourself a free pass at being short with others, the point is to recognize your momentary lapse, stop a false narrative it its tracks, and then right the ship.

You know your friends and your family. You know who they are, their character, and their values, so when you see someone operating outside of that, ask them what’s going on. Don’t assume they’re not who you thought they were without more information. Give people the benefit of the doubt. We don’t know what’s going on with the girl at King Soopers who always looks so unhappy, and let’s not jump to the conclusion that the co-worker we’ve known for years suddenly developed a malicious streak and locked you out of an account on purpose.

I literally found myself in a false narrative loop last week. I was waiting to hear back from an email, I had followed up a week after my first email, and again a couple days after that (I was on a time crunch and really needed a response). Three emails to someone who is typically very reliable. I came up with a whole story in my head. I was convinced…I was wrong.

Just because your reality feels true, it doesn’t mean it is true. Feelings are not facts. It’s okay to be wrong. It’s not okay to continue punishing someone based on a false narrative.

**The information contained herein is not therapeutic advice nor a substitute for therapy. It should not be used to diagnose or treat any mental health problem. If you are located within the United States and you need emergency assistance please call 911 or go to your nearest emergency room. If you are located within Colorado you may also call the Colorado Crisis Line at 844-493-TALK (8255).

Seeking First to Understand in the Midst of Turmoil

Three Tips and Tricks for Cultivating Peace in the Holiday Season! 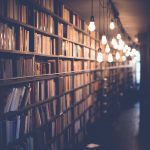 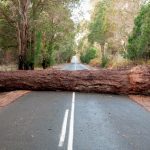